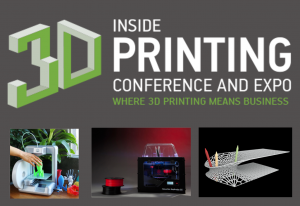 We attended the Inside 3D Printing Expo in New York with roughly 4,000 in attendance. The event included several vendors across the 3DP value chain with 3D Systems the featured company. Stratasys was not in attendance, but industry players we spoke with viewed this week’s acquisitions along with the Materialise IPO filing as important steps in advancing the commercialization of 3D printing.

3D Systems articulates its vision well, emphasizing that now is the time to invest in discretionary R&D including “moon shot” projects and acquire the capabilities to position itself for the future. The company’s first mover roll-up acquisition strategy has been well-timed and its accelerated investment is rational though the complexity of integrating so many companies creates operational risk near term.

3D Systems addressed HP’s expected entry later this year, calling it a net positive for the industry, which we agree with. 3D said the acquisition of Xerox’s solid inks business was in part prompted by HP’s entry. Now 3D believes it has better materials capabilities than HP, whose potential one-engine company could limit success. It questioned whether HP will have a long-term commitment to HP 3D Printing; industry analyst Terry Wohlers argued that if HP is serious it needs to have a services arm.

You have Successfully Subscribed!