Home › In The News

A joint team of researchers from Rensselaer, Northwestern University and the Icahn School of Medicine at Mount Sinai has developed a methodology that could improve the treatment of aggressive glioblastoma brain tumors. The process, which combines medical imaging and bioprinting technologies, can help scientists to better understand the complex structure of the tumor type.

Glioblastomas are quickly growing malignant tumors in the brain that are made up of many different cell types, which makes them challenging to treat. Today, glioblastoma treatment typically involves a combination of surgery, radiation and chemotherapy. Even then, treatment only results in an average survival of 11-15 months.

3D Printing Trade Association – What Is The Future Of 3D Printing? 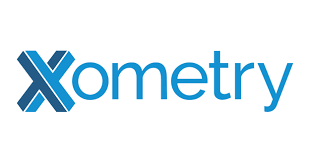 What is the future? No one really knows, but Greg Paulsen of Xometry certainly has some thoughts on it!

For more of Greg and Xometry’s capabilities, reach them at Xometry.com

Consumer-oriented FDM printers are dropping in price and are becoming more affordable. It’s no longer necessary to spend thousands of dollars to buy a 3D printer for the home. In fact, there are a number of printers that cost under US $1000. Some models cost only a few hundred dollars. The cheaper models usually print smaller objects than the bigger ones, however.

In addition to the price, another thing to consider when buying a 3D printer is its ability to create thin layers. The thinner the layers, the less obvious they are in the printout and the smoother the appearance and feel of the object. The thinness of the layers is known as the resolution of the printer. Generally, the higher the resolution, the more expensive the printer.

Some people who work with 3D printers predict that within a few years FDM printers will become the 3D equivalent of today’s inkjet printers—popular, inexpensive and able to produce items of good to very good quality.

You will see more and more:
– Downloading Models: getting models on the internet and downloading for personal use. Free and paid.
– Print on Demand websites: You don’t need a printer! They will print if for you.
– More 3D pens: less expensive than a desktop, more portable, and easier to use.
– More plastic in the environment: The dark side…more and more waste. Since it’s easy to 3D print, we get a more throw away practice.

Like many new technologies, 3D printing was overhyped to an extent in its early days. By 2014, the industry (including but not limited to large public companies) posted revenues of more than US$2 billion, up from less than US$1 billion in 2009 (the year when certain fundamental patents expired, and the first consumer home 3D printer—the RepRap3—was introduced as a result). News articles talked excitedly about “the factory in every home,” and there were predictions that traditional parts manufacturers, warehouses, and logistics companies would all be significantly disrupted in the short term. In reality, at that time, 3D printers were largely being used to make plastic prototypes, and although home 3D printers could be fun and educational, the things that they made were almost never of functional value.

Overhyped, the industry slowed, though it did not collapse. The large public companies in the industry experienced mid-single-digit percentage growth in 2015 and 2016 (although some companies did see year-over-year revenue declines), entering a trough of lowered expectations after the excessive hopes of the previous years. However, it was a shallow trough, and by 2017, growth had accelerated again. Today, we predict that annual industry growth will be well above 10 percent for the next few years at least.

Why the rebound in growth prospects? More 3D-printable materials, for one thing. In 2014, the list of materials that could be used in 3D printing was already long, but still far short of the complete list of materials that are commonly used in parts manufacturing. Plus, many parts need to be made of more than one material, a task to which the 3D printers of the time were not well suited. Fast-forward to the beginning of 2019, and the list of possible 3D-printable materials has expanded to more than double what it was five years earlier, and mixed-material printers are becoming more common.

Pittsburgh’s newest neigborhood, dubbed Neighborhood 91, promises to be the hub for modern manufacturing technologies. It will connect all components of the 3D Printing supply chain into one ecosystem. Construction for is set to begin in 2020.

The neighborhood will feature all sorts of production technologies and the latest amenities for tenants of the area. These include a wide range of materials, tools, post-processing devices, testing and analysis capabilities along with storage. It also provides direct access to the airport, making supply lines far cheaper for all the companies involved.

Neighborhood 91 is looking to be a massive undertaking that would not be possible without the aid of the University of Pittsburgh and argon gas supplier Arencibia. The latter is poised to be the anchor tenant for the whole project down at Pittsburgh International Airport. It is going to be the first development of the 195-acre Pittsburgh Airport Innovation Campus and will be adjacent to the terminal and runway.

Building the facility may be a major factor in energizing Pittsburgh’s manufacturing industry. In doing so, they hope to bring in every type of manufacturing firm imaginable. These companies will be able to leverage Neighborhood 91’s manufacturing, production and post-processing services along with the delivery capabilities the connection to the airport provides.

Over in the US, scientists from the Department of Energy’s Argonne National Laboratory have 3D-printed parts which will facilitate recycling more spent nuclear fuel.

Currently, nuclear engineers can recycle 95% of spent fuel from a nuclear reactor, with the remaining 5% having to be stored as ‘long-term’ waste. The aforementioned 3D-printed equipment can be used to sort and recycle some of the latter, meaning that an extra 2% of nuclear waste can be recycled. Long term waste can be dangerous, misplaced, stolen or dispose of later in an incorrect manner.

2% might not sound like a particularly impressive percentage, but when you consider that it’s 2% of 5% of waste that can’t be dealt with without moving to some kind of long-term storage – which obviously isn’t an ideal scenario – you get a bit more of an idea of the sort of leap that’s being made here. Transporting the nuclear waste can be more dangerous than storing it!

It has traditionally used CNC machining to develop its prototypes, which would be sent to orthopaedic surgeons to test before the final parts were manufactured, but with the long lead times growing tiresome decided a change of approach was necessary in 2017. The company first installed one of Markforged’s continuous carbon fibre platforms and later brought a Metal X system in-house too to take advantage of its 17-4 PH Stainless Steel, a similar material to that of its end products.

Not only have lead times reduced, and surgeons have been able to assess functional prototypes, but Shukla Medical also achieved return of investment within one year.

“3D printing the prototype product helps our surgeons test the part in their hands before going into the operating room, so they already have the experience and confidence in the tool,” commented Zack Sweitzer, Product Development Manager at Shukla Medical. “We’re going to bring a lot more products to market faster with our Markforged printers and we finally have the design freedom to do it.

The French armed forces have been employing 3D printing to produce spare parts for far-off bases in highly remote regions such as Mali. It can be almost impossible to procure supplies and equipment on the field…and therefore the military contracted Desert Tactical Group – Logistics “Charentes” in testing 3D printed replacements for broken components. With the aid of Formlabs and Ultimaker 3D printers, they have managed to severely speed up the supply chain and cut part transportation costs.

Technologies like additive manufacturing and 3D scanning can be a great means of simplifying operations for bases in desolate areas. The French Army have been 3D printing multiple parts including protective shells, seals, and parts for optics, which would be otherwise inaccessible for places like Mali or Niger. On top of that, the French armed forces are maintaining a base that houses 4,500 personnel. These factors make equipment supply and maintenance even trickier, so 3D printing is a natural solution. Get ready for every military installation, every ship and maybe every tank to have a 3D printer!

Prosthetics, Skin, Homes, Organs. The list goes on and on. In home construction, for example,3D printing is being used to make the world a better place is by reducing the cost of home construction enough to make new houses accessible to those whose income puts adequate shelter beyond their reach.

One company that has made this its mission is ICON. Its tagline is “We’re changing the way people live.” It set out to apply 3D printing to houses and envisions whole communities set up that way in a kind of 21st-century version of Levitton.

Last year ICON built the Chicon house, described as “the first permitted 3D-printed home built in the United States” in Austin, Texas in 2018. It took a few weeks to print “and sparked the imagination of customers, investors, press, and the SXSW conference community.”

Does this signify that the days of 3D Printing with plastics alone are over?

With the wide variety of advancements being made in the field of modern technology, just about all facets of life are affected. From casual entertainment to different applications in business and commerce, technological developments have allowed us to enjoy various different services with greater ease and convenience. Among the latest advancement are printers that are capable of reproducing three dimensional objects for use in numerous fields. This has allowed for many breakthroughs to occur in the fields of medicine and mass reproduction, especially considered the materials with which these printers function. Recent developments have allowed for titanium to be utilized as a construction material in the 3D printing process.

3D printing titanium is also known as direct metal laser sintering, and it is an additive metal fabrication process that was developed in Germany. This process builds on the basic principles of 3D printing through the application of metallic materials for direct utility in just about any field that would need the uses of such immediately developed technology. So far, the technology has been utilized to create articles of titanium jewelry, as well as mechanical parts for bicycles and other transportation equipment. Currently, the most commonly utilized alloys in the creation process include several different types of stainless steel, as well as cobalt chromium and titanium. However, because of the immediate application of the printing process, just about any type of alloy can be theoretically utilized once it has been developed and validated.