The Effects of 3D Printing Technology

Home › Business › The Effects of 3D Printing Technology
Posted on April 27, 2015 by Rich Benvin — No Comments ↓ 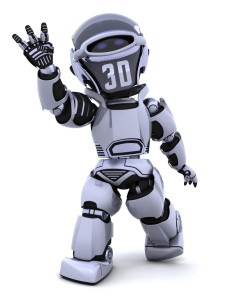 As 3D printing technology expands, so do concerns of 3D printing trademark issues. A bill that would put 3D printing legal issues at the forefront with copyright infringement warnings near printers in public libraries is being considered in California. Some fear this legislation has the potential to stifle the 3D printing industry’s innovation.

With more people being able to use and create things on 3D printers, we are now seeing this new access to technology is now under threat, thanks to AB-37, because it would essentially set the precedent of monitoring of all 3D printing usage and potentially enforce citations of civil liabilities or criminal charges for copyright infringements. AB-37 requires the signage of all 3D printers in state libraries, warning users to not copy objects that are trademarked.

We all know this strategy is virtually useless in deterring any actions deemed illegal to the large corporations (and probably help more than hurt most businesses), but many of our state-funded programs are dependent on outside donations. This is just part of the game that they must play to stay open. Will users at the library be arrested for printing out iPhone cases at the library? Probably not.

While 3D printing faces resistance on the public-level, the 3D printing companies are trying to stay ahead of curve with 3D printing business consulting on future intellectual property concerns. The technology itself is no different than the capabilities one has when it comes to copying a car; in the sense that you could put together a replica of a Mustang, if you had access to the tools to build it.

Government agencies are actively looking at how 3D printing companies could impact existing IP legislation, but it is still too early to tell when and how new intellectual property language will be introduced. Major players that top investments in 3D printing reports have just as much reason to prevent hasty legislation from stunting the budding industry’s growth and innovation.

For now, it would be wise for 3D printing business groups to keep communication lines open and fully understand the potential precedent their 3D printing technologies could set in the future. More research is needed to help gain a clearer picture of what the technology industry will do with new and powerful inventions. Hopefully, the handling of new intellectual property will not only protect the 3D printing companies, but also the individuals who are an integral part of this fast moving technology.

0 comments on “The Effects of 3D Printing Technology”

2 Pings/Trackbacks for "The Effects of 3D Printing Technology"